How consumers view and engage with fashion brands is being transformed by high-profile influencers, who are now gracing the red carpets of the most elite events and deepening their commercial ties in the industry

Influencers have finally infiltrated the most elite circles of the fashion community. When four social media-born starlets graced the red carpet of the Met Gala – a charity-fundraising pageant hosted by New York’s Metropolitan Museum of Art’s Costume Institute – this year, a significant threshold was crossed.

Attendance for the event is strictly vetted. For James Charles, the 19-year-old make-up artist and beauty blogger known for his ultra-high definition looks, it was no less than “a step forward in the right direction for influencer representation in the media”.

YouTube, owned by Google, bought several tables at this year’s Met Gala, as the company vies to establish itself as a convincing platform for the fashion industry. In the past it has struggled to lure fashion followers from Instagram but this year attracted big names such as Alexa Chung, Naomi Campbell and Victoria Beckham, who all set up their own channels.

With the value of the influencer economy predicted to stretch to between $5 billion and $10 billion in terms of global advertising spend by 2022, according to Business Insider Intelligence, the takeover almost seems complete. Century-old fashion houses and online-only brands founded this week are able to find a niche influencer to act as a living brand ambassador.

The ubiquity of influencers, the saturation of social platforms with “sponsored content”, and consumers’ scepticism over manufactured content makes the terrain for fashion brands more difficult to navigate. For a long time marketers and brands have talked about “authenticity”, but perhaps a more accurate measure of an individual’s ability to influence is credibility.

Emily Jane Johnston, who runs the blog Fashion Foie Gras and could be considered an ‘influencer veteran’, having started blogging in 2008 when Instagram was a niche platform for photographers, recalls how London had six fashion bloggers who would be taken to PR paid-for events to populate their posts. Now, there are literally thousands.

That Amazon, the apex of mass consumerism, is to launch a limited edition collection designed by global influencers in collaboration with The Drop to go live internationally for 30 hours only, is a sign that influencers are now an integral part not just of marketing and sales, but also product development. 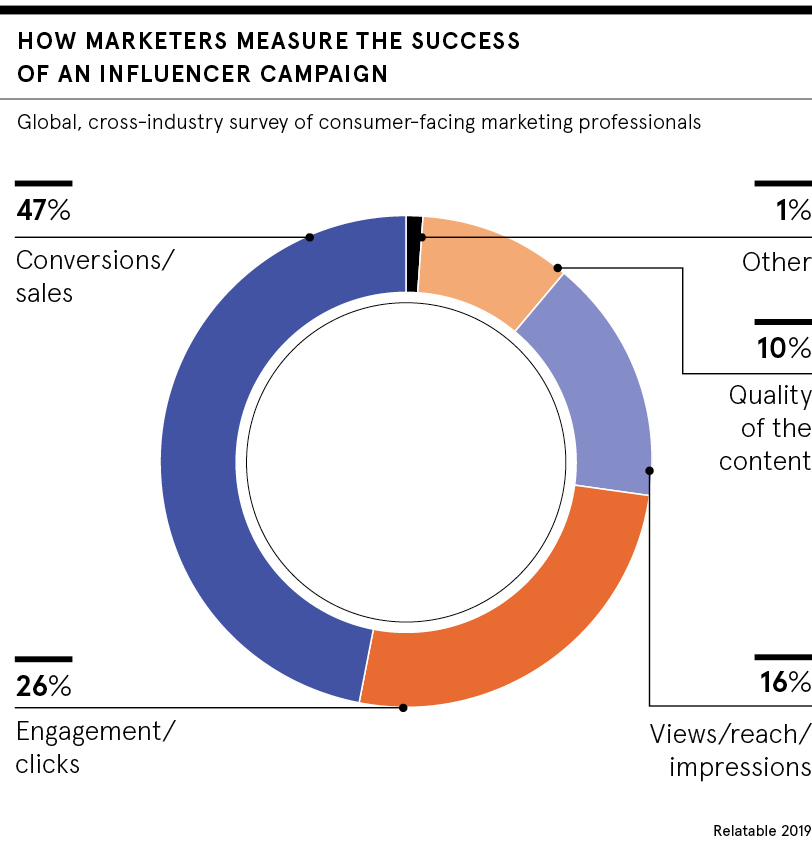 Indeed, a report from the online streetwear magazine HypeBeast found that only a third of streetwear enthusiasts surveyed considered social media influencers the most credible figures in streetwear. The large survey of nearly 41,000 consumers around the world found that musicians, industry insiders and contemporary artists were considered most influential. Their credibility came well ahead of social media influencers, celebrities and athletes.

We are already seeing influencers emerge who aren’t sole, full-time social media figures, but are also measured by their success in whatever industry they work in, be it interior design, beauty, art, fashion, sport or even gardening, and that credibility makes them the right influencers for fashion brands looking to add substance and wider cultural clout to their brand.

Recently, much talk has been made around micro-influencers. Some new fashion brands have built their business strategy entirely around a select few influencers and a highly targeted Instagram marketing strategy. Budapest-based Nanushka, which was hardly known two years ago, is now carried by Net-a-Porter and Farfetch following a successful targeted Instagram campaign and Instagram endorsements from fashion stylist @monikh and blogger @songofstyle.

Others are rewriting their contracts to swap retainers for equity. Lifestyle blogger Arielle Charnas owns a single-digit percentage stake in Bandier and frequently mentions the retailer in her Instagram stories and posts. She reports that she has no agreed contract on how often she should mention the retailer, allowing her endorsements to appear natural.

According to industry publication, Business of Fashion, fashion influencers have taken inspiration from the entertainment industry, where established actors and musicians have graduated from simply starring in films or being “repped” by a record company, to running their own production houses and studios that allow them creative and financial control, while investing in new talent.

Successful fashion influencers, who have only ever earned their keep through social media and paid-for content, aren’t just pretty faces with great self-styling skills, but often also astute business people. Many have a keen sense of the inside workings of the industry, particularly its financial levers, and are continuing to challenge the status quote when it comes to fashion marketing.